You know those moments or events in life where you wish you had a personal camera crew following you around?

Well, this past weekend some one (my husband) had the bright idea of going fishing in 106 degree heat.  The following story I'm about to tell can only be truly and accurately portrayed through video (dang it for not having a camera crew on retainer!)...however, I'll try my best to do justice in depicting the hilarity, ridiculousity, and terror of our little family excursion.

Husband:  "Hey, why don't we go fishing in the creek this afternoon?"
Me:  "Um, this afternoon meaning the hottest part of the day?  Don't you know that I melt?"
Husband:  "Uh-huh.  Go by Cabela's and get some worms and I'll meet you there."
Me:  <big sigh>  "Fine.  But take one of the kids with you!"

First, let me explain that the "creek" runs behind my in-laws house.  They have cows and ducks....and on this particular summer day, the ducks had congregated on the front porch, and must have read my mind because they were quacking about how they were about to pass out from the heat.
Me too, Donald...me too.

We got there, and after no less than 30 minutes of untangling fishing poles and getting "ready", we were already fully soaked in perspiration (my Mimi taught me that ladies don't sweat, they "perspire"...and I must have an unparalleled talent of perspiring!).  We finally hopped in the Ranger and headed down to the "fishing hole" which meant crossing the fence where the cows were.  As we closed the gate behind us, the small mooing herd made it clear they wanted to be fed.

As the cows swarmed around the Ranger, my little guy (who normally loves anything cow-related) went into full-fledged panic mode....which for him is to basically shut down  He. Was. Terrified.
(Burying his head in my stomach and holding on for dear life...at one point, I was concerned he wasn't getting air, but that didn't seem to be one of his primary concerns.) 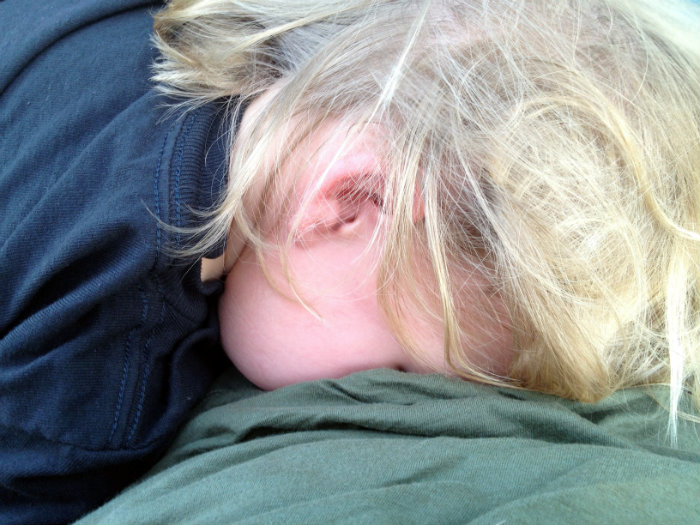 And the other kids weren't too sure about it either.

My husband grumbled something along the lines of "The cows will go away once they realize we won't feed 'em.  I don't know about y'all scaredy cats, but I'm gonna go fish"....Okay maybe he didn't call his children scaredy cats, but I know his thoughts.  Our minds are like one person, so I'm sure he's okay with me throwing in a few extra words here and there regardless if they actually came out of his mouth (or mind).


After prying off my son's chubby (but amazingly strong) arms from around my waist, I was able to transfer his vice-grip to my neck in order to hold him like a normal 2 year old and exit the Ranger.  But he wouldn't even let me think of switching hips, and God-forbid I would ever try to put him on the ground or give him to Daddy.  The thought!  So, I did what any sweaty perspiring, one-armed momma would do, and helped my kids fish....while secretly keeping an eye on those pesky cows. 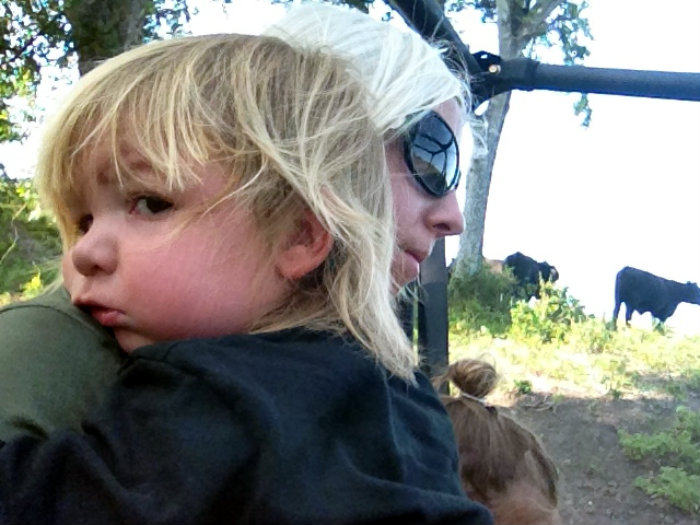 The first catch was a little catfish caught by my oldest.  When we realized that she actually had a fish on the other end of her line, we both screamed (her in panic, me in excitement...or maybe I just scared her with my scream) and she promptly threw the pole towards the creek.  Thankfully some brush caught it.  She was so proud of herself!

(And if I that's not an advertisement for her orthodontist, I don't know what is!)

Two more little catches followed, a bass and a perch.  We spent the rest of the hour dodging poison ivy, casting lines, catching fish, and losing half our body's water weight.  After each kid caught a fish, we decided to call it a day.  But that was just the beginning of our adventure...

This post is sponsored by:
Posted by The Mrs. and The Momma at 3:37 PM