As mentioned here, I had (have) strong aspirations to hit up my Target for some of the new Missoni stuff that came out yesterday. 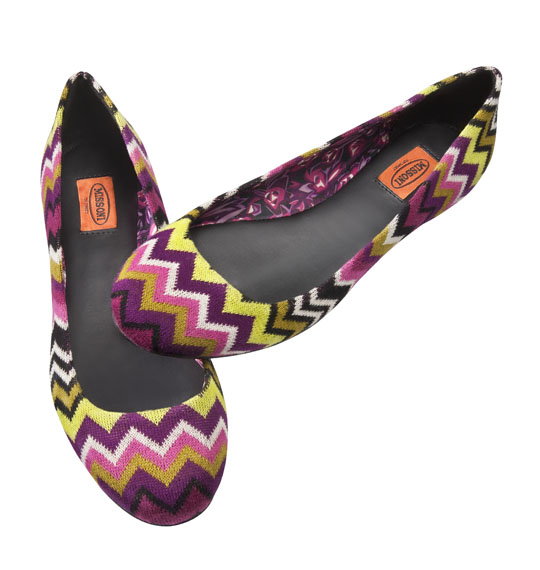 I actually was at said Target the day before yesterday trying to coerce them into giving me a little sneak peak.

They just laughed and pointed at me.

So I gave them the evil eye and made a mental note to report them to a supervisor asap for not adhering to the "customer is always right" policy.

Well, it should be.

After all, I am always right.  Wink, wink.

Anyhoo, I thought I'd still have a pretty good selection from which to pick today being merely 24 hours since the big release...it was no big deal that I didn't show up right as the doors opened Tuesday morning....right?

That place was picked bone-stinkin' dry of anything Missoni.  Except for some pretty cute kids clothes.

Who'da thought that my little suburb of Austin would be so fashion-crazed for zigzags???!!!

Additionally, the Target website crashed several times yesterday and today due to the flood of the Missoni crazies.  People are even selling items (that they were lucky enough to get) on eBay for four times the selling price!!!!  Evidently, everything is as good as sold out.

I'm pretty much hopeless that I'll get my hands on anything.

I think I'll just go hang out at the customer service counter with my four kids and we'll stakeout the returns.

Somebody's got to have buyer's remorse right about now....

I'll keep my fingers crossed and hope for the best.

If that doesn't work, I guess I'll go get some of the Missoni children's clothing and  live vicariously through my girls.  Sigh.

Yours truly,
Missed the Boat
Posted by The Mrs. and The Momma at 8:57 PM