That's All I Have to Say About That

I assume most people have seen the Time magazine cover.  If you haven't, I'm not going to post it here...you can go see it for yourself.  What I have to say about it mainly concerns the cover, not the article on Attachment Parenting to which it refers, as I have not read it myself.

The cover shows a young mom nursing her toddler son, with a tag line asking, "Are You Mom Enough?" which is obviously for attention-catching purposes, and probably doesn't accurately reflect the subject matter of attachment parenting (AP).....although, I suspect the article is more of an obnoxious assessment of AP rather than an informative essay.  The woman nursing her three year old son looks defiant to whomever may be judging her, rather than nurturing and loving to her child.  But really, there is no reason she should be judged for extended nursing.  However, that's exactly what this cover is trying to do...to get people talking.

I think the dialogue of extended breastfeeding and attachment parenting should be happening, although, I think the Time cover was done for shock value and in a inappropriate manner.  Just think in all the history of time of mothers and children.  There were times when families were in such poverty or famine that their children's only sustenance came from their mother's milk....and that most likely often applied to kids older than this little three year old boy.   What is the big deal?  I'm not sure why everyone gets in a disgusted uproar when the topic of a nursing toddler comes up (operative word: toddler, not kindergartner).  As long as mothers facilitate an independence in their children, or you could call it "DEtachment parenting", I think children reared in this manner will turn out just fine, unscarred, and successful in the world. 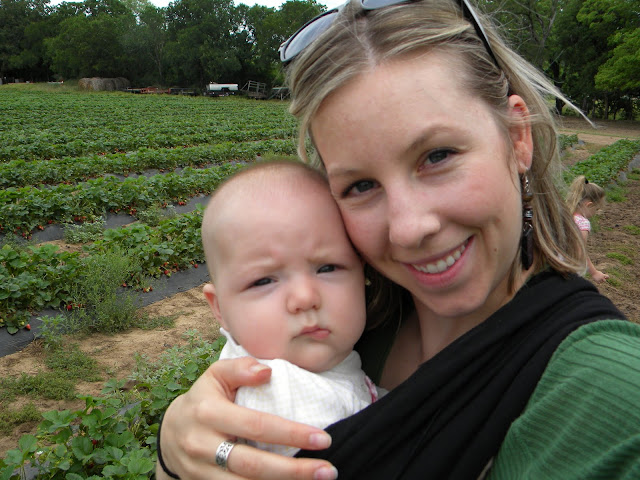 When we had our first child, we never set out to practice this particular parenting style.  Heck, as first time parents, we didn't even know what terms such as "sleep-training" or "yeast rash" meant, nor had I ever heard of the actual movement that is attachment parenting until this week.  However, we actually employ several of the principles of AP including breastfeeding, baby-wearing, loving and caring discipline.  So, I guess I consider myself a 'quasi-attachment parent', but I've never felt a need to label it, nor have I recognized it as such until all this hoopla...it's just been our way of doing things.  I feel like most families thrive on these types of principles (if not the actual practices) whether they label it or not....in a nutshell, it's simply nurturing, loving parenting.  So why is it such a hot topic?

In honor of this Mother's Day, my wish is that each momma can be left to mother how she feels most beneficial, and more importantly, how works best for her and her baby.  Rather than criticize other mothers' parenting choices, let us applaud each other for doing the hardest job on Earth each day of our lives.

And leave it at that.