Many of you know that my husband is a Show Pig Breeder.  He's also an attorney but that's irrelevant because for purposes of this post, he's a pig farmer.  Which makes me a pig farmer's wife.  I always love saying that.  It makes me feel all country and stuff.
Speaking of country and stuff, I thought I'd mention that I'm a walking, talking Texas sacrilege.  How so?  I am one of the six (give or take a hundred) people in this wonderful state that does not own a pair of cowboy boots.  (My husband would be the only other bootless person I know.)  I do have my eye on a pair, however, they're extremely out of my price range and would not justify the roughly 7.25 wears per year they would get.  Anyhoo, being at a county stock show, we just don't really fit the bill appearance-wise.

So I know you're dying to know how this whole thing works, so here it is:
The kid brings their pig into the show pen and the judge (left) takes a few moments to look at solely that pig before the next one comes in.  This continues until the whole class (12 pigs on average for a county show) is in the pen. 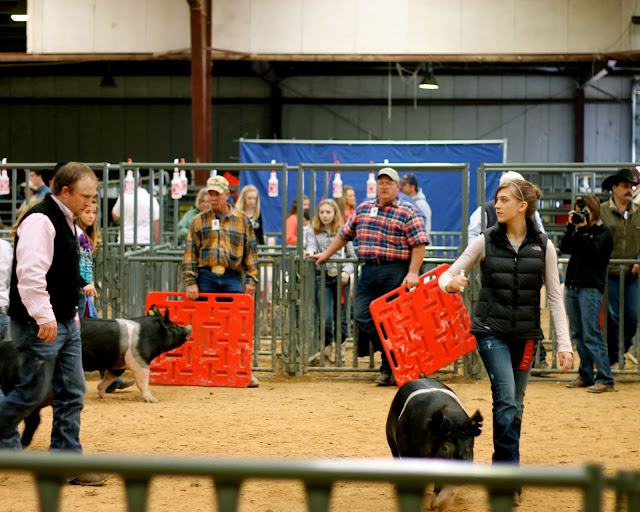 Showmanship is critical in drawing the judge's attention to your pig, while also highlighting the pig's best attributes (i.e. "soundness, structure, muscle, cover"...that's all pig-speak). 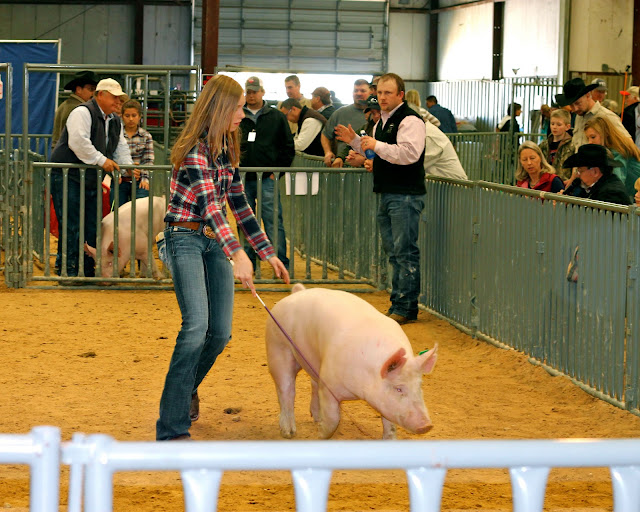 All the kids show their hogs for about five minute while the judge decides which ones he likes the best.  The top picks will get penned at first. 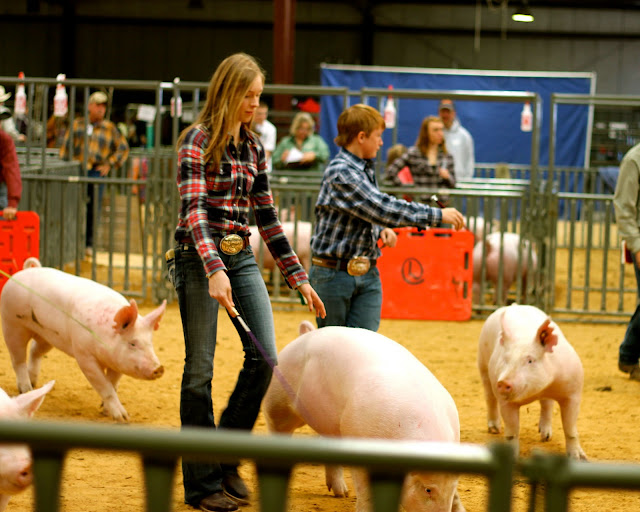 Once the judge tells the kid they're penned, they raise their hand to get help corralling the hog into a pen, while the other kids continue showing their pigs. 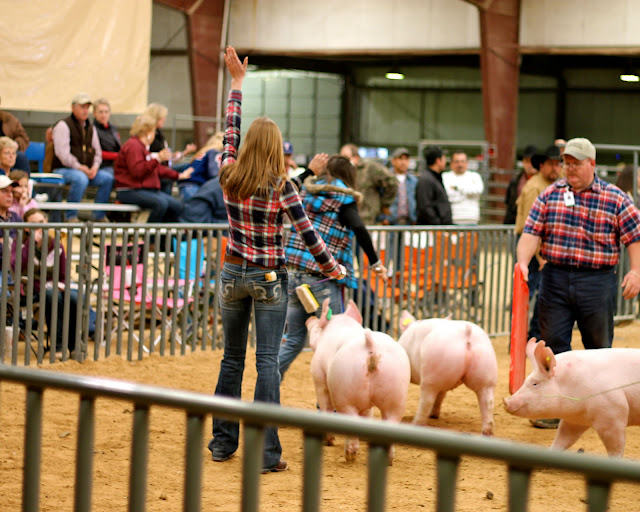 Generally, about six hogs are penned.  After the judge weeds out the rest, the penned kids' hogs are asked to come out one at a time.  This is when showmanship really counts. 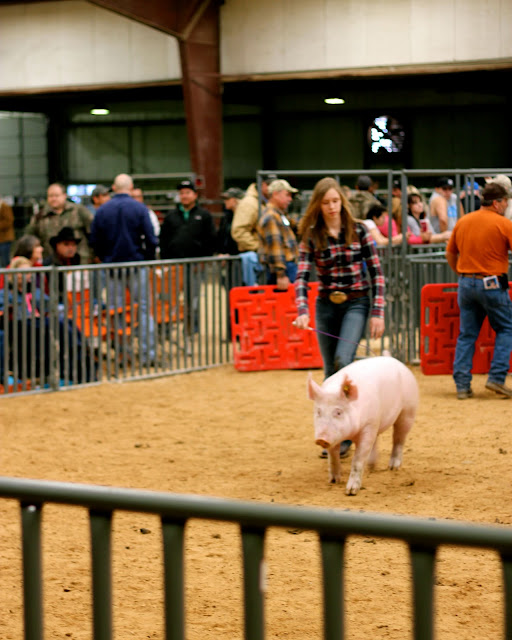 Then, the same process takes place for a little while until the judge decides his first, second, third, etc. place hogs. 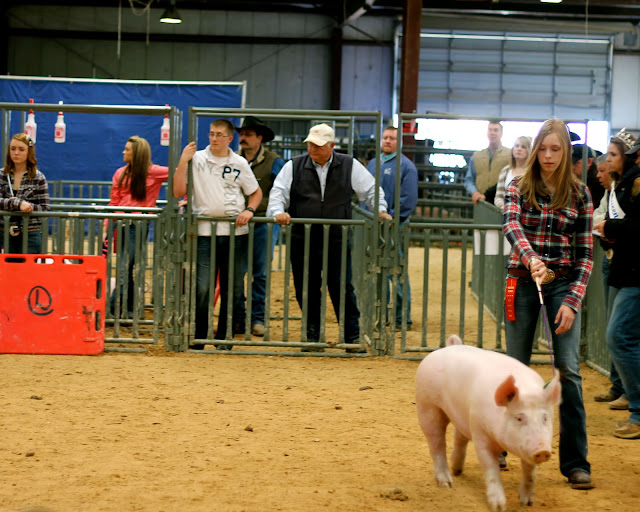 The judge then gets on the microphone and takes the audience through an in depth analysis of why he picked the way he did and the strengths and weaknesses of the top pigs.  So very "edge of your seat" riveting.

Well, to my husband at least. 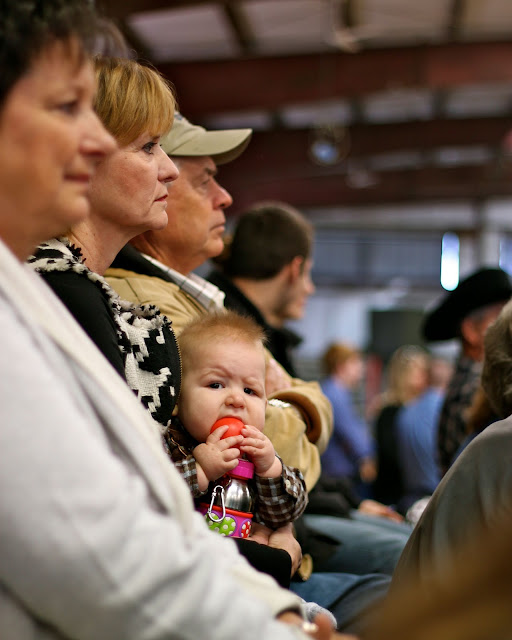 And to this little guy....as evidenced by his obvious engrossment in the show.
Posted by The Mrs. and The Momma at 7:55 PM

Email ThisBlogThis!Share to TwitterShare to FacebookShare to Pinterest
Labels: family