We had a stuffed Thanksgiving!  After we had our holiday dinner, we had aspirations to put the kids down for a nap and then take our Christmas pictures later in the afternoon.
Those were lofty aspirations, as it turned out.  This little guy's face adequately depicts the mood of all four children circa 3:00pm yesterday.  Not real thrilled to be doing anything, much less smiling on cue for Momma a million times. 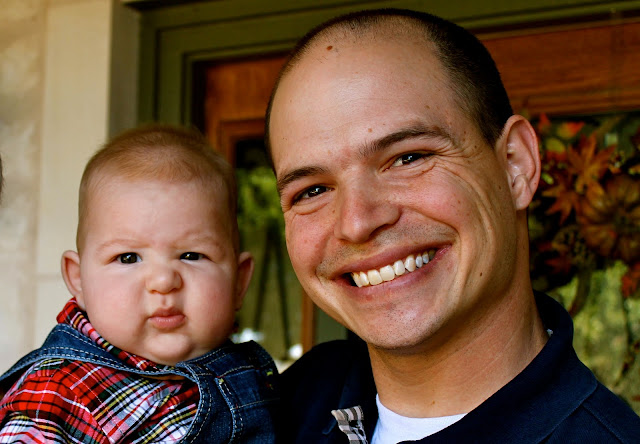 There was a least one child either crying or wandering off during the entire "photo shoot", if you could even call it that.  It was basically photographed chaos.

Oh, and the two older girls have no dress shoes that fit.  We discovered that as we were walking out the door.  I repeat---AS WE WERE WALKING OUT THE DOOR!  Needless to say, ill-fitting shoes led to a good bit of the crying and whining. 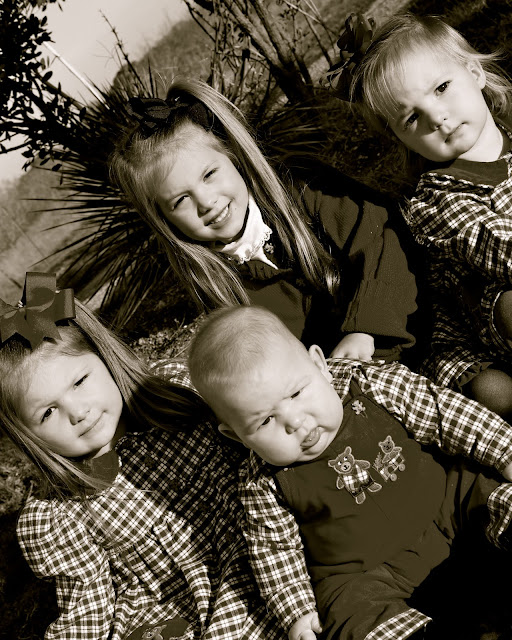 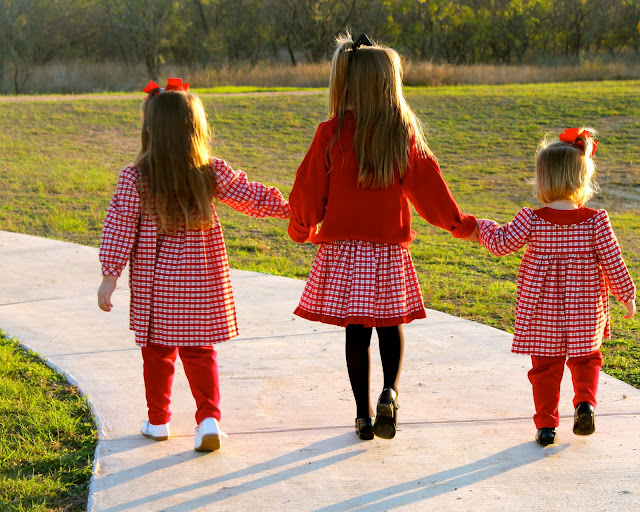 I'm going to see what I can salvage (read: edit) of the pictures and hopefully get a Christmas card-worthy one.

If not, I think I'll just stick a beard and Santa hat on this munchkie and call it good. 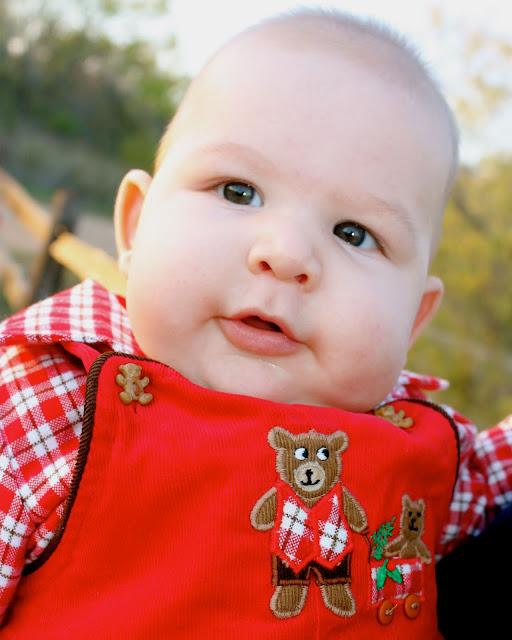 Because nothing says "Merry Christmas" like a chubby baby Santa look alike.
Posted by The Mrs. and The Momma at 1:43 PM

Email ThisBlogThis!Share to TwitterShare to FacebookShare to Pinterest
Labels: holiday