A Lot Harder Than You Think 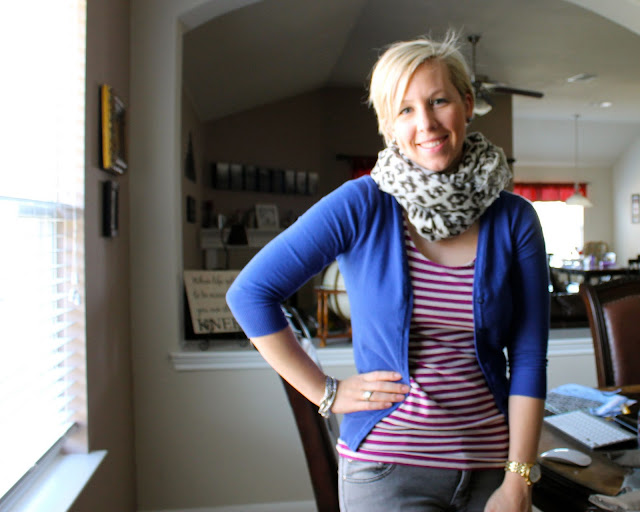 There's a reason this picture is less than par.

Because taking pictures of yourself is WAY harder than you would think!

My four year old was supposed to assume the responsibility, but she flaked on me and had to "take a nap."

She's such a light weight.

Never again will I attempt this unless I have a tripod (which I could not find ours) and a better background...preferably outside.
And this scarf is for inside purposes only.

If worn outside, there would be immediate hot flashes, choking, and bewildered expressions from onlookers at the crazy woman wearing a scarf in this weather.

It is still a repulsive 102 degrees today.

Will fall ever come?

I'm starting to think "no."  I think it's just going to cool down a bit sometime in January and then summer will arrive early again in late March. <sigh>

lots of love,
Sweaty in this furnace called Texas
Posted by The Mrs. and The Momma at 1:27 PM

Email ThisBlogThis!Share to TwitterShare to FacebookShare to Pinterest
Labels: outfits